Camaro dashes come in a couple styles, 1970 - 1978, in either A/C or non-AC styles. 1979 - 1981 dashes are different from the earlier style, and they'll fit either a/c or non-a/c. Camaro dashes are notorious for warping right in front of the passenger side. The dashes get brittle and crack. 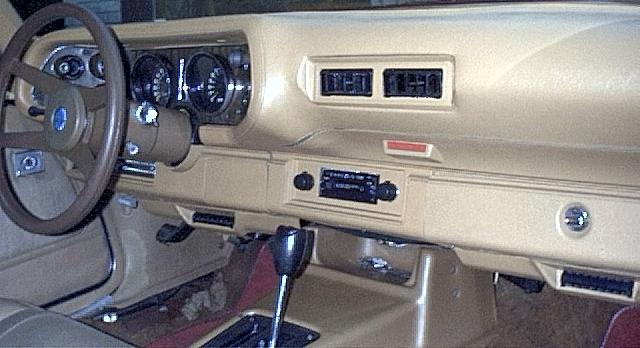 While you may be able to repair your old dash with a dash cap, it's often more practical to replace the dash with a new one, however this is not an option for the 1979 - 81 style dash since it's not being reproduced yet.

Related Articles: How to Fix a Warped Camaro Dashpad

Dashboard Tech Tips
Removing the dashboard.
Tricks. If the car has A/C.... 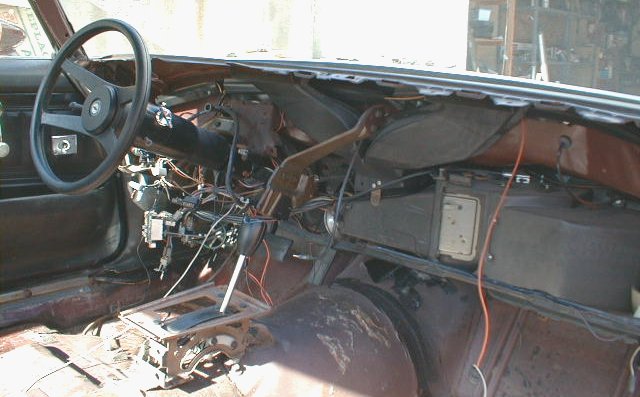 General Instrumentation Information
The standard instrumentation in the Camaro consisted of "tell-tale" gauges comprised of a speedometer on the left, and a gas guage in the right center. The outer gauge pods are fitted with warning lights for oil, volts & temp. In 1975 the fuel gauge has an "unleaded fuel only" added to it.

U14 is the optional special instrumentation, it includes speedometer and tachometer, and smaller temperature, ammeter (voltmeter began in 1976) and clock gauges in main panel.

If you look at the circuit board, the black plastic plugs are the lightbulb sockets.

Speedometer & Tachometer Info
The hot ticket is the 150 MPH speedo found in ANY 1970 & 1971 Camaro. This was NOT a "Z28" or SS only option. Beginning in 1972 and carried on to 1979 the top speed is 130. Beginning in 1980, the federal government figured if the speedometer only went up to 85MPH, people wouldn't speed.
In 1976 (or 75) Kph grading was added underneath the primary MPH grading on the speedometer. Metric speedometers were installed in exported cars.

A high redline tachometer indicated the guage was originally intended for use in a high performance (solid lifter) engine. Hint: - think Z28 or SS / pre-1973. The 8000 RPM tach was used exclusively in the 1970 - 72 Z28's and solid-lifter SS engines, with the majority of regular tachs maxing out at 7000 rpm.


Removing the instrument cluster
Remove the instrument cluster carrier. There's 4 screws that hold this onto the dashboard. When you try and remove this, the headlight switch and the wiper switch, and the cigarette lighter may cause some interferance. Once this plate is off, the gauge cluster is readily accessible.